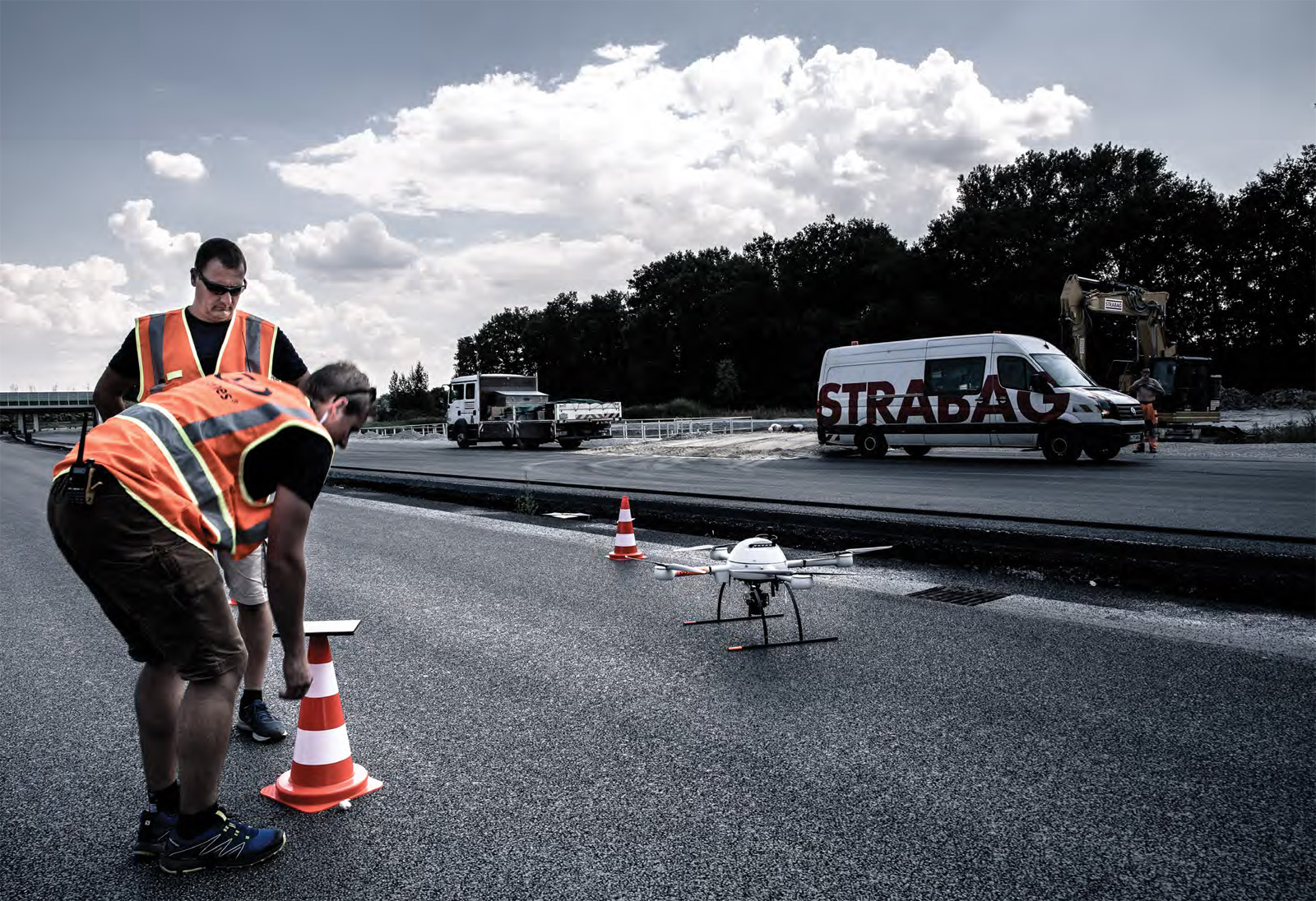 The manufacturer was able to meet Germany’s requirements for conducting BVLOS flights in uncontrolled airspace, a milestone for the drone industry. by Renee Knight

In June, the mdMapper1000DG from Microdrones successfully mapped 12 kilometers of corridor along highway A33 for German construction company Strabag—and flew beyond visual line of sight (BVLOS) in uncontrolled airspace to do it.

These groundbreaking flights, one 5 kilometers and the other 7 kilometers, represent a milestone for the drone industry, Microdrones sales manager Samuel Flick said. Not only was Microdrones able to meet German requirements to receive approval for the BVLOS mission, the team deployed a system equipped with advanced technology that enabled them to quickly, easily and safely complete the flights, saving the construction giant a significant amount of time and money. 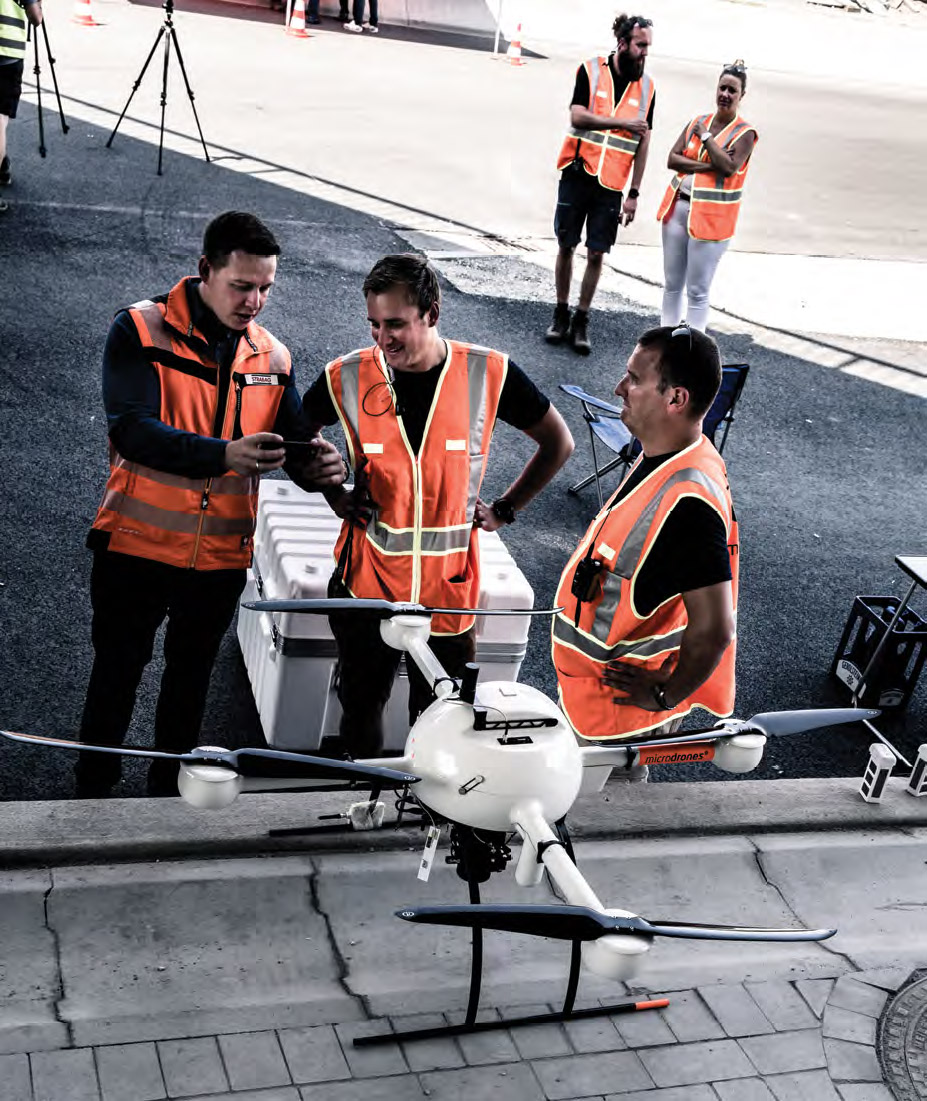 With these flights, Microdrones provided Strabag with a point cloud and orthomosiac of the highway system, assets that are far more detailed than anything they could capture using traditional methods, Flick said. These products made it possible for the Strabag team to collect data more efficiently.

The project represents an important step forward for BVLOS drone flights, which can benefit many different industries in Germany and around the world.

“BVLOS flights bring us opportunities not only in construction but also agriculture, inspection and energy segments,” Flick said. “This technique offers a great benefit, making it possible for companies to capture long strips without wasting time moving the drone around and finding a new spot for flying. The drone can take off and land in one spot and do its thing.”

Preparing for the Flights

In Germany, regulations restrict unmanned aircraft systems (UAS) to fly BVLOS of the operator, which limits what companies like Strabag can do with the technology, Flick said. 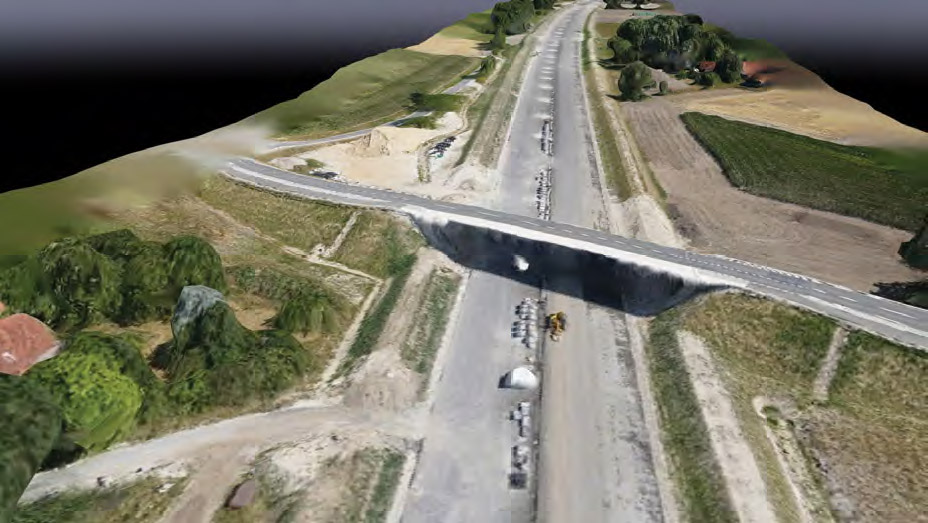 One of the biggest challenges with this project was obtaining permission to fly, but because Microdrones already had a relationship with German authorities, it didn’t take long for their request to be approved.

“We received permission in less than four weeks,” system engineer Jonas Reitz said. “We’ve been working with authorities for maybe one year now, so they know exactly what we’re doing. They know our features and how we’re working.”

While obtaining permission was key, these flights never would have happened if the mdMapper1000DG didn’t come equipped with the necessary advanced technology. Its LTE modem and a FLARM Collision Avoidance module are among those technologies.

The FLARM module makes the drone visible to manned aircraft flying in the area, Reitz said.

“It’s a small transmitter that senses the position of the drone every second and has a range of 20 kilometers,” he said. “Every helicopter, for example, can receive the signal, which is also around the drone. If the other aircraft are equipped with the FLARM module, the cockpit will generate a warning, so every manned aircraft is warned when they approach the drone. And our drone can detect if airplanes approach the airspace around it.”

Another benefit of the system? It features direct geo-referencing, so there’s no need for ground control points, Flick said. The technology needed to reference the hundreds of pictures captured is already in the drone, saving the time it takes to put out and collect ground control points and making it possible to produce the high-quality mapping products companies like Strabag require.

“We use a four-point check for quality assessment,” Flick said. “This is very important because otherwise we’d have to put out dozens of ground control points, say 100, to get the accurate point cloud. With the mapper’s IMU onboard, the metric camera, sensor and double frequency GNSS antenna, we’re able to get this type of data in BVLOS flights.” 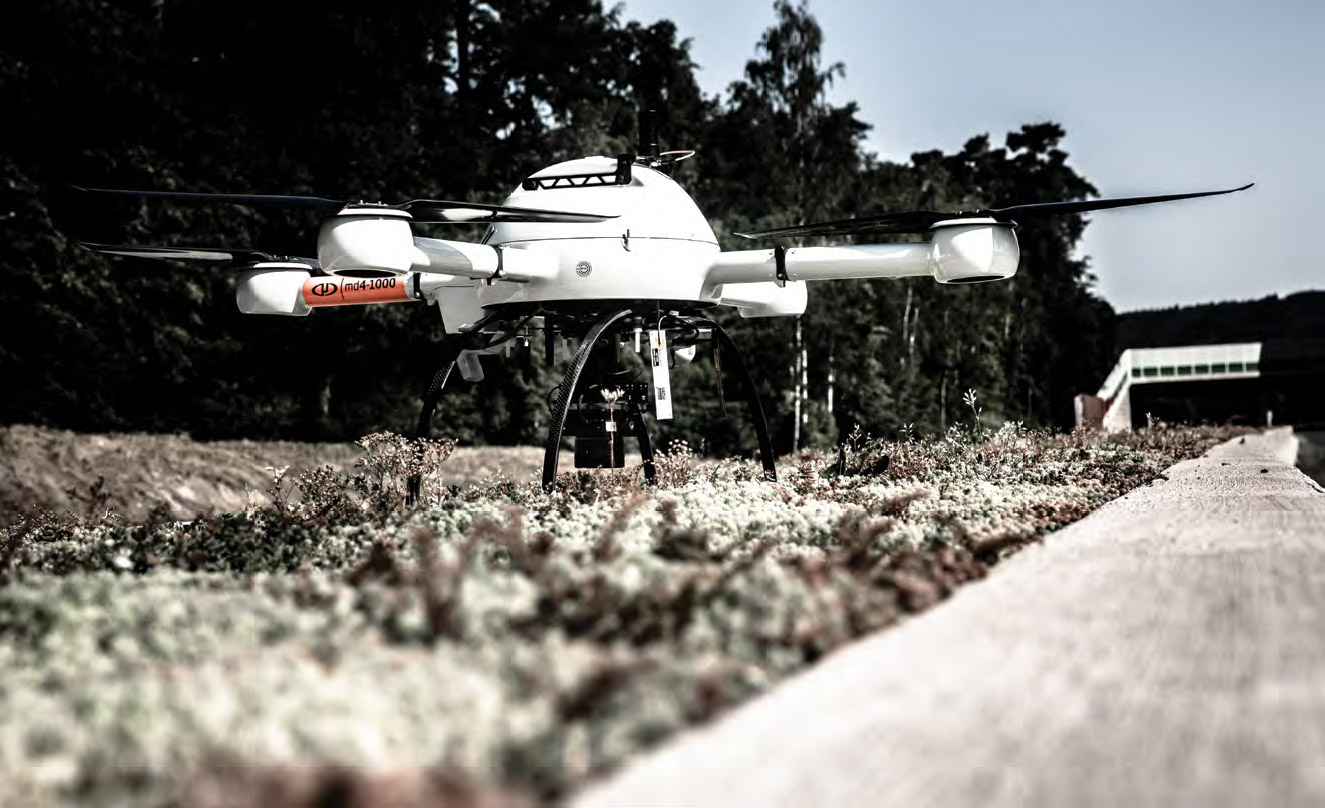 Traditionally, when companies need to complete a large corridor mapping project, an employee uses a GPS rover to collect the hundreds of points needed to create the map, Flick said. This could takes days or even weeks to complete. The mdMapper1000DG, on the other hand, finished both corridor flights for Strabag in about half an hour each.

It’s also easier to continually map an area that changes over time when using a system like the md- Mapper1000DG, Flick said. Rather than sending someone out multiple times to collect data to monitor progress, the drone can complete the mission in a day.

The system performed even better than expected during this project, Flick said, and has opened the door for other BVLOS drone f lights in a variety of industries, which is huge for UAS manufacturers and operators.

“What we came out with is a real-world scenario for f lying BVLOS in uncontrolled airspace. This works right now,” he said. “We have a commercially viable BVLOS solution in Germany. This really is a milestone in the industry.”