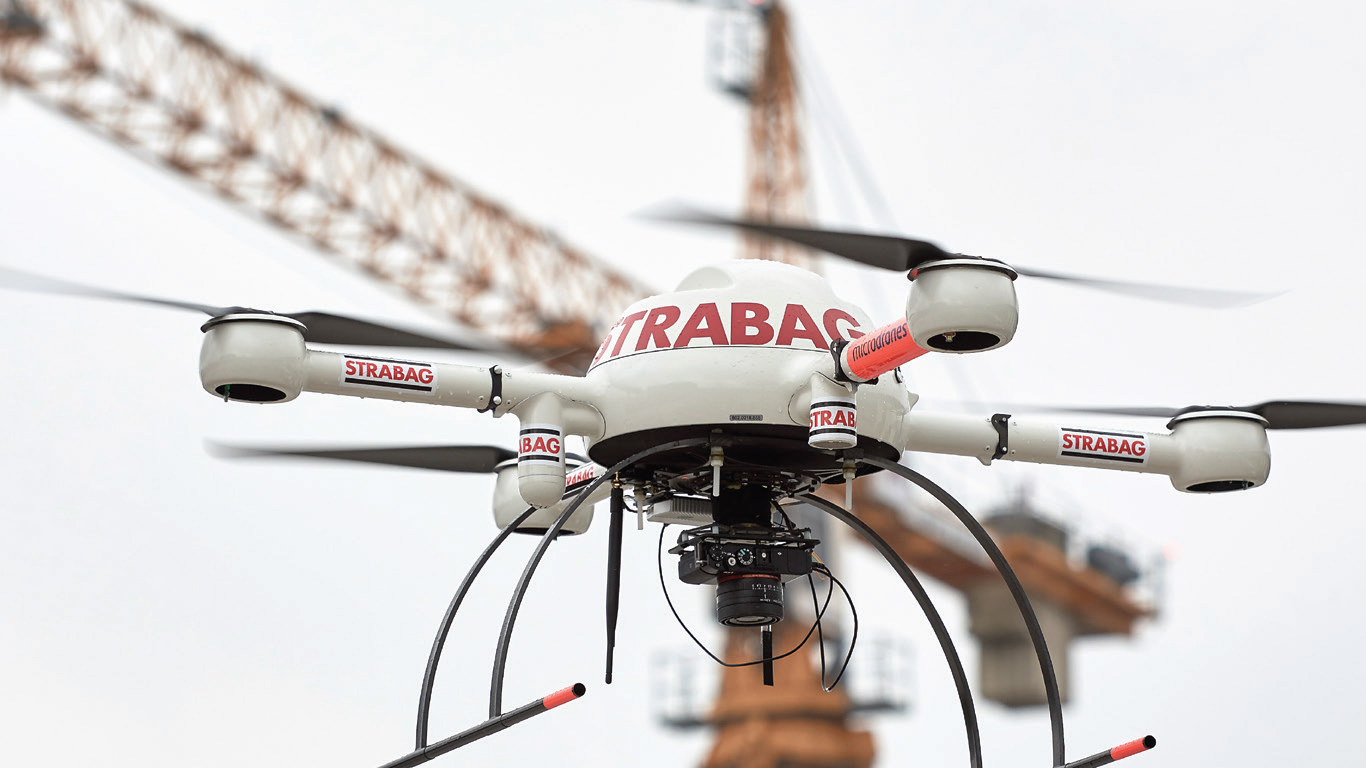 Based in Vienna, Strabag SE, covers all areas of the construction industry and is responsible for complex infrastructure and facility management projects all over the world.

To help monitor and complete these projects more efficiently and cost effectively, Dr. Thomas Gröninger and the team at Strabag AG in Germany decided to invest in unmanned aerial systems (UAS) technology earlier this year. After doing their research, it was clear Microdrones offered the best solutions to meet the company’s needs.

“The most important consideration for us was the camera system,” Dr. Gröninger said. “Microdrones offers large cameras and a very good platform. The integration of Microdrones increased the efficiency of different processes in our company, which is why we invested in this very developed drone.”

Strabag also needed a secure, robust system that offered long flight duration, Dr. Gröninger said, which the Microdrones systems also provide. Over the last several months, the team has deployed the drones to monitor projects, plan construction sites, perform inspections and to compute highway surface volumes. Strabag first invested in the mdMapper1000 for its photogrammetry capabilities, and then the md4-3000 for its ability to carry heavy LiDAR sensors and mapping grade cameras.

So far, not only has Dr. Gröninger been happy with the information his drones have been able to collect and how that information has helped to streamline operations, but also with the level of service Microdrones provides. 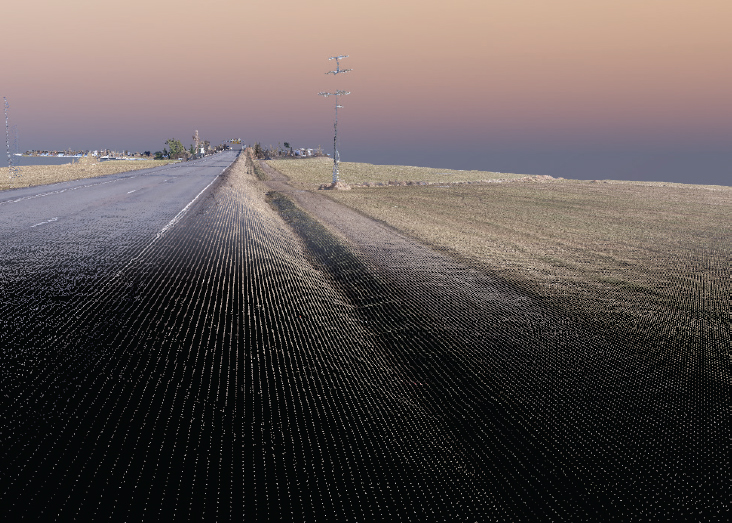 “We fly the drone over a highway and the drone takes many pictures that have overlap. After the drone lands, we put the pictures into photogrammetry software to compute a 3-D point cloud,” he said. “We can then make a model of the area and compute volumes. We can do everything with this data.”

Strabag invested in the md4-3000 drone for its LiDAR capabilities—which are put to use for these surveys. LiDAR makes the once tedious, dangerous highway measurement process even faster, Dr. Gröninger said, because instead of having to compute the 3-D point cloud in the software after the drone lands, the point cloud is available to the team as soon as the UAS finishes gathering the information.

Normally, collecting the measurements necessary to create a 3-D model of a highway would take about a week to complete; with the Microdrones system, the team can gather the information in just one day, Dr. Gröninger said. With the old method, workers would have to walk along the highway as they measured, which can be a dangerous task, especially when traffic is heavy. Flying a drone instead doesn’t disrupt traffic and is safer for both the workers and the travelers.

“Microdrones UAS have a very long flight time and also are fail safe systems,” Dr. Gröninger said. “The quality of their UAS is very high. Because we fly the drone over highways in an area where there are many cars, it’s important to have a high security, high-quality drone so it doesn’t crash into traffic.”

Strabag also deploys the Microdrones systems to obtain high-resolution, 3-D images of construction sites, Dr. Gröninger said. These images can be used to help with both planning and monitoring different projects. Everyone involved with the project can easily access and refer to the images, and they can fly the site as often as they’d like. A drone typically flies over the sites once a week, Dr. Gröninger said, so construction leaders can adjust plans and schedules as necessary.

Strabag also deploys the drones to complete infrastructure inspections, another application that saves them time and money.

“For inspections, you usually need a person to climb, for example, on a big wall or on a tower with a camera to collect pictures for evidence,” Dr. Gröninger said. “Microdrones has a high resolution camera with optical zoom, so we can fly around the building to take the pictures. No one has to climb the building and we get the pictures very fast.” 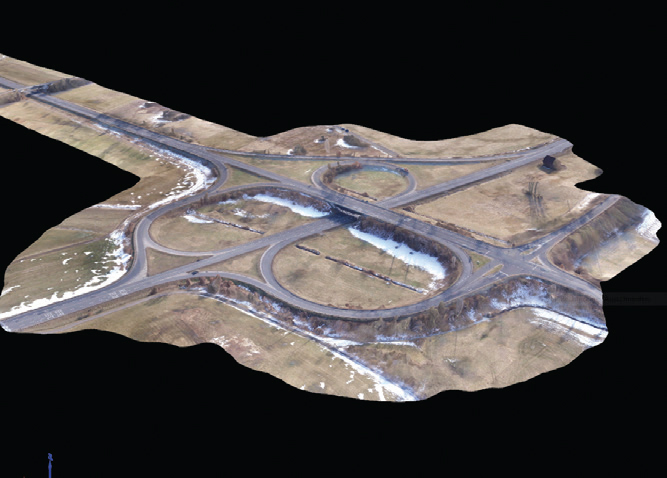 As a whole, the company deploys a Microdrones system about once every two days, Dr. Gröninger said. They’ve inspected bridges in Columbia, Africa and Austria, and have flown construction sites all over Europe and the world. They plan to continue to fly UAS to streamline operations and reduce costs, and have found a trusted partner in Microdrones, the company that provided them with high-quality, reliable systems to enhance their processes and cut costs.

“Strabag sees big potential in the use of UAS technology,” Dr. Gröninger said. “We have an international project with UAS, and we’re focusing on improving our workflows with this technology. It saves time and reduces costs, and that is very important to us.”

And part of that is because they’re deploying a system that comes equipped with everything they need to be successful, developed by a team that’s constantly learning, evolving and identifying their customers’ needs—and then creating solutions to meet those needs, said Mike Dziok, Marketing Director for Microdrones. As company president Vivien Heriard Dubreuil likes to say, Microdrones doesn’t just sell drones, they sell the whole package.

“It’s the software, it’s the sensors, it’s the drone perfectly integrated with all the human aspects that tie into that,” Dziok said. “Where do I see us in five years? The leader within the geospatial, construction, engineering segments, providing fully integrated surveying solutions. There’s a lot of good technology out there, but I think it’s our people and the world-class teams that we’re building that are going to put Microdrones on top.”