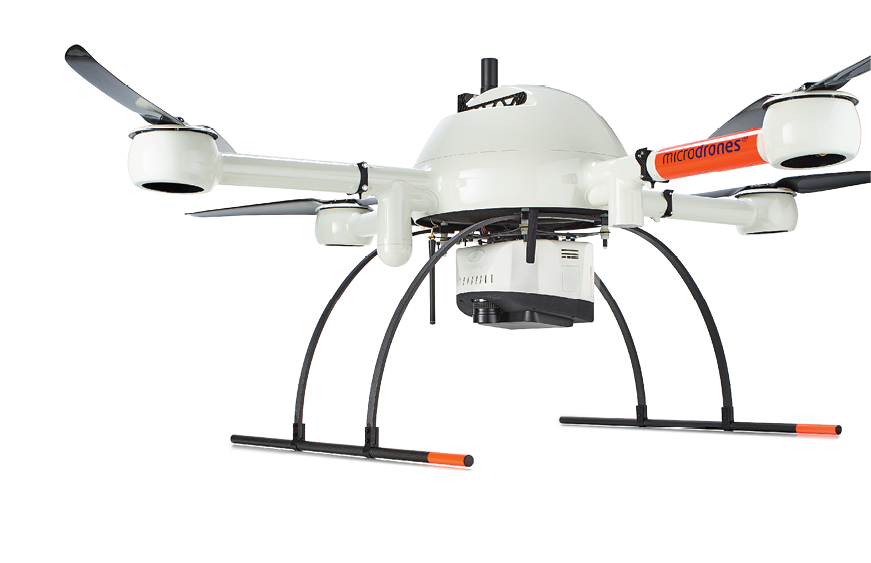 When it comes to unmanned aircraft systems (UAS) for mapping and specifically to the power and potential of LiDAR sensors, there’s a lot of enthusiasm…but limited education.

Mostafa explained, “It’s important to ASPRS that we educate newcomers—from drone pilots to geospatial students—to the UAV space, particularly those who may not have survey backgrounds. By sharing knowledge about GNSS, photogrammetry, LiDAR, inertial navigation and geodesy, we can help them ask the right questions, invest in the most appropriate tools and derive the best results.”

Held after the ILMF/ASPRS Annual Conference in Denver, Colorado, in February, the workshop provided a comprehensive overview of mapping concepts, tools, techniques and applications.

For many of the 30+ attendees, it was an eye-opening experience and set the stage for greater interest and adoption.

The development and production of survey and engineering quality maps is not an easy conversation in today’s high-tech world.

Because the accuracy of the data is directly related to the positional accuracy of the drone as well as the LiDAR sensor, he went on to describe the value of an inertial measurement unit (IMU) as well as a GNSS-aided inertial navigation system (INS) to deliver GNSS-aided inertial navigation solutions—which packaged as a whole delivers one positional correction to the entire dataset during post-processing.

He pointed out that, while popular, RTK and PPK have inherent problems that reduce their accuracy, productivity and efficiency. One of the major factors for the reduced accuracy of RTK and PPK is the calculation of orientation angles of any sensor.

Surprising to many at the workshop, Mostafa emphasized, “RTK was not recommended in drones for mapping.”

“Map accuracy is fundamental to the quality of the map product,” he said. “The RTK approach sacrifices accuracy and quality for speed. Further, why do you need real-time data when you’re going to spend time post-processing the data to develop the map?”

“This was a surprise,” said Aaron Handl, survey project manager with Harris Kocher Smith who attended the workshop, “because RTK is commonly referred to as the Cadillac approach throughout the UAS mapping industry.”

Handl, who has more than 15 years of experience in land surveying and is one of the company’s two licensed UAS pilots, said the workshop “completely flip-flopped” everything he thought he knew about UAS-based LiDAR missions and positioning. “I had somewhat of a photogrammetry mindset going into the workshop from the UAS experience I’ve acquired over the past 12 months all of which revolved around photogrammetry. Dr. Mostafa explained that relative position of the vehicle could be more accurately calculated by relying on the measurements from the UAS’s IMU coupled with GNSS rather than relying on RTK-GPS.”

Mostafa also discussed the value of PPK and DG as alternatives. One disadvantage of PPK is that it requires a base station. However, in many cases, a public network such as CORS may be dense enough to serve the project’s purposes.

DG, on the other hand, measures the orientation angles of any imaging sensor with high accuracy and high frequency at 200Hz or more (200 times per second) and surpasses the accuracy of traditional methods such as traditional aerial triangulation (AT), RTK and PPK. By measuring the true 3-D coordinates and orientation angles of any sensor (with the use of a GNSS receiver and an IMU), DG allows for direct map production. It needs no ground control points except for quality control.

DG is a cost-effective enabling technology for LiDAR, search and rescue and Multibeam Sonar, making it ideal for emergency situations such as oil spills, disaster relief/response and similar applications that require comprehensive map data very quickly and accurately.

“With DG, survey and mapping teams can collect images and post-process in a fraction of the time compared to AT and the data gathering effort will require fewer people and less equipment. Most important, you’ll deliver the best possible accuracy on projects where human safety and your reputation is on the line,” Mostafa said.

Mostafa closed out the discussion with a comparison of photogrammetry and LiDAR, as well as his recommended best practices for planning, execution and post-processing missions.

Here are a few points to keep in mind:

Mostafa warned, “The industry is seeing a lot of advancements. The potential in hardware for UAVs is high, but the software is still lagging. Look beyond the flashy hardware and ask detailed questions about software capabilities.”

Robert Chrismon, director of UAS services for Spatial Data Consultants, Inc. in High Point, North Carolina, said the workshop gave him confidence he was headed in the right direction. Chrismon has been land surveying for 22 years and spent the last four years static terrestrial laser scanning. He’s recently been tasked with investigating and piloting UAS-based photogrammetry sensors to deliver survey grade maps. When asked about the workshop value, Chrismon said, “This workshop confirmed my belief that making the change from static terrestrial to unmanned mobile is the right approach for our company—and provided (we know) the best practices and key questions to ask to move forward successfully.”